One of the awesome things about blogging is that I get to connect with people from all over the world! Something that did not occur to me when I was much younger was that not everyone celebrates Thanksgiving. While maybe not everyone celebrates, it’s still a good reminder to everyone anywhere to pause for a moment and give thanks.

America’s first Thanksgiving took place in October of 1621 and lasted for three whole days! (I can hardly imagine that as I am stuffed to the point of explosion after one day of feasting.) On November 16th, 1863, President Abraham Lincoln announced that the nation would celebrate an official Thanksgiving every year on November 26th.

Today, I celebrate Thanksgiving with my family. We have yearly traditions, like many other families, and these include: baking over 100 cookies, deep-frying a turkey, coming together as a large and loud family, and drawing names for Christmas’ secret Santa. However, my favorite tradition is when every member of my family states what they are most thankful that year at the feasting table.

This year, I am missing my Papa. He died last January after a very progressive cancer ravaged his body. We are still learning to navigate the holidays without him. And yet, I am thankful for this family that comes together in our times of grief and sorrow. I am so grateful that my family supports each other, comforts each other, and encourages one another sharing the same sorrow and joy.

So today, I challenge you to leave a comment and answer this question:

What are you thankful for today?

Regardless of our circumstances, we can always find something to be thankful for. I pray that you all have a wonderful day and take some time to reflect on your own gratitude. 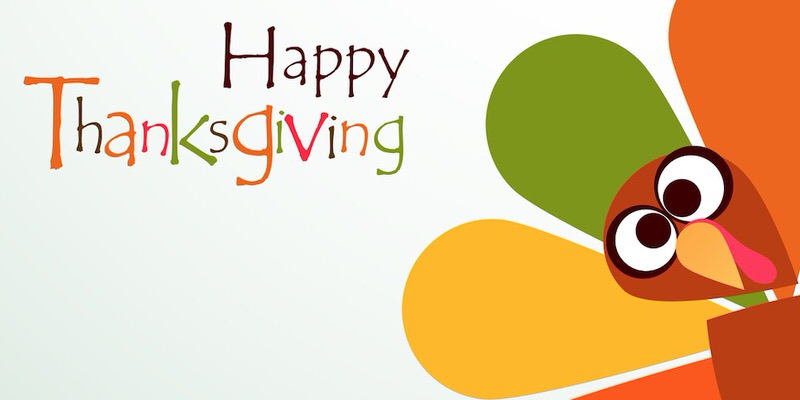 So last Wednesday I received the long-awaited email back from the editors. In May, they sent out my manuscript to two scholarly peer reviewers who then read and returned my manuscript with their feedback. The editors in turn reviewed their comments and reached out to me with their feedback (lots of feedback.) And, the results were mixed, leaving me a lot like this . . .

One of the peer reviews absolutely LOVED my book and while they offered me some critiques on how to improve it, overall, they were quite happy with the manuscript.

The other peer reviewer did not like my book, at all, and offered more criticism than critique.

So, where does that leave me and my book, The Agency Games?

Back at the keyboard!

Yup, criticism hurts, (A LOT) but ultimately, I am going to use it to improve both this book and my overall writing abilities. The editors have offered me a chance to revise and rewrite according to some of the critiques before they send it out to a third peer reviewer who will be a “tie-breaker” of sorts. I believe that this will (unfortunately) push back the publishing date, but I am determined to push forward. Hopefully this delay will ultimately be worth the improvement.

While this certainly did cause my confidence to take a pretty nasty blow, I am lucky to be surrounded by family and friends who encourage me that even J.K. Rowling was rejected numerous times.

Not everyone will love your work, but that does not mean that you stop writing.

Did you know that even after J.K. Rowling was made a billionaire due to her Harry Potter series and considered one of the most accomplished authors in the world, she was rejected by a publishing house in 2013. Publishing under a pen name, J.K. Rowling was rejected and told that “a writers’ group or writing course may help” Galbraith (penname) to get constructive criticism of his debut crime novel.” (You can read the whole article here!)

I am grateful for the positive critique that I received, and while I did not necessary expect some of the criticism, I am going to use every comment to improve my work and reach my goal!

Have you been rejected? What was your response?