Gale Hawthorne – a Seam-born resident of the poorest district and also a famous and brutal soldier for District 13 during the Mockingjay Rebellion. 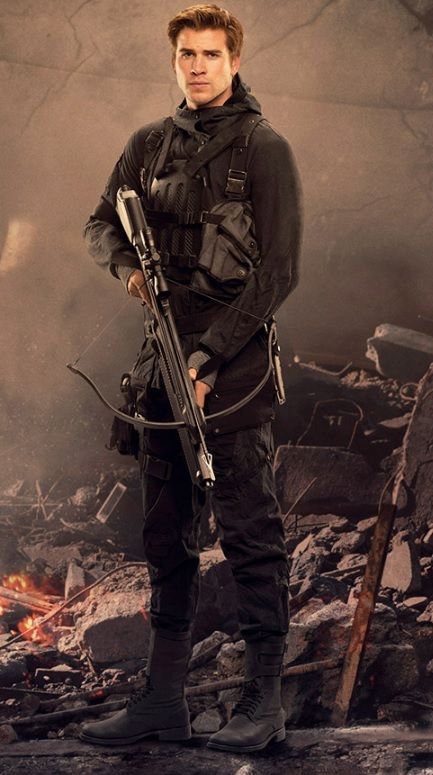 Gale Hawthorne, from Suzanne Collins’s Hunger Games trilogy, is one of those characters that readers cannot help but to love. In the beginning, Gale presents himself as the clear love interest for Katniss Everdeen. He is strong, dark, tall, and handsome. Plus, he has a fire burning deep inside of him that readers may equate to passion. However, as time passes, Gale’s character evolves based on his access to social power.

Gale’s physical and mental capabilities are often unmatched. He is brave enough to hunt in the woods, strong enough to endure work in the mines, and  smart enough to design and create snares and traps. Gale is personally powerful in many ways and yet, in others he is extremely powerless. He cannot stop Katniss from volunteering, he cannot provide for his family without his brother taking out tesserae, he cannot even start a revolution until Katniss clears the way.

In a past Instagram survey with 23 participants, 15 said that Gale was Powerless as opposed to Powerful by the end of the trilogy.

In a newer survey, the poll came back 50/50 with some voters expressing extreme love for Gale.

Throughout The Hunger Games, Gale struggles between enacting power and having power exercised over him. While he starts as a strong protagonist, he eventually fades away at the end of the trilogy, working in District 2.

In chapter 5 of my upcoming book, The Agency Games, I discuss Gale’s dismissal of personal power and his quest after social power. In the end, I determine which is more efficient when it comes to personal agency. Do we need social power in order to enact our own desires and actions?

What do you think about Gale’s character?

Love him? Hate him? Let me know your thoughts! Is he powerful or powerless? Why?

Read more about Gale, and the rest of the amazing characters from The Hunger Games in my upcoming book The Agency Games! If you are interested in receiving updates when the book is released, please leave a comment on the post: “The Agency Games — Sign Up!”

5 thoughts on “The Power of Gale Hawthorne”